The festival all started from a legend. The story in the farms of the Salento region of Italy was that the only way to survive the bite of a tarantula was to dance the poison out.

It had to be a crazy dance with arms and legs flying in every direction. It was from these movements that the traditional dance of Salento – the ‘pizzica’ – was born and La Notte della Taranta (the night of the tarantula) is the ultimate celebration of it. 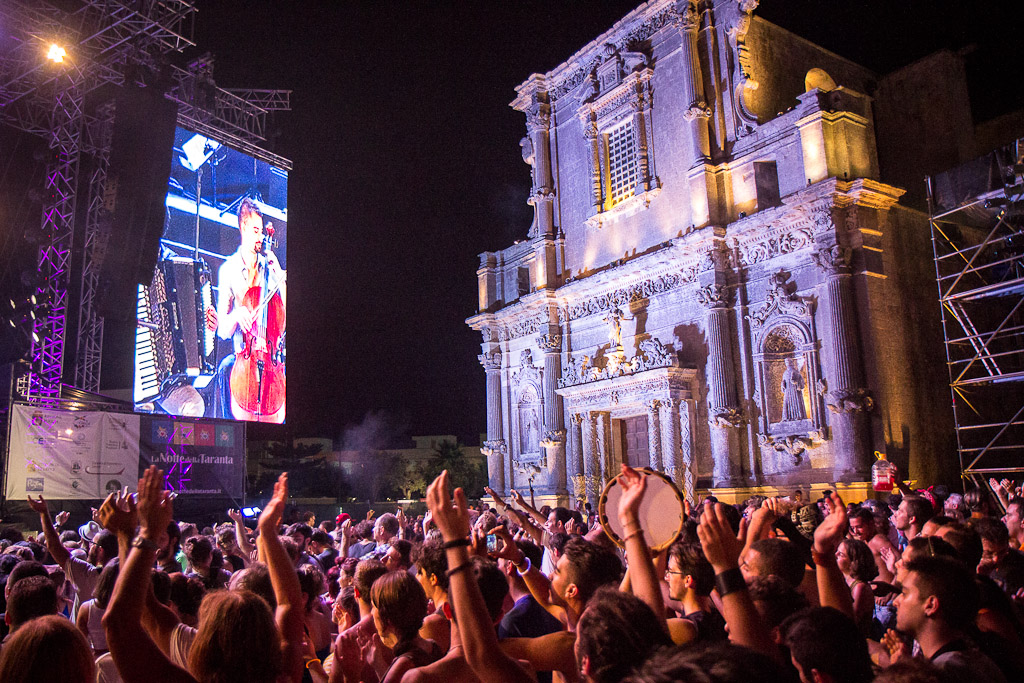 The La Notte della Taranta festival is held in the small town of Melpignano in Italy’s Puglia region – ‘the heel of the boot’. The population of this small quaint town is normally about 1000 people but for the main night of the festival it swells to more than 100,000! They come not just from Puglia but from all across Italy, taking special trains put on from the large cities of the region and turning surrounding streets into overflowing carparks.

The small roads and alleyways in the centre of the town are lined with stalls selling food, drinks and crafts. However, the focus of the festival – both physically and culturally – is the centre stage. From the front of it stretches an enormous grass field which all the tens of thousands of people fill as the sun sets and the entertainment starts. 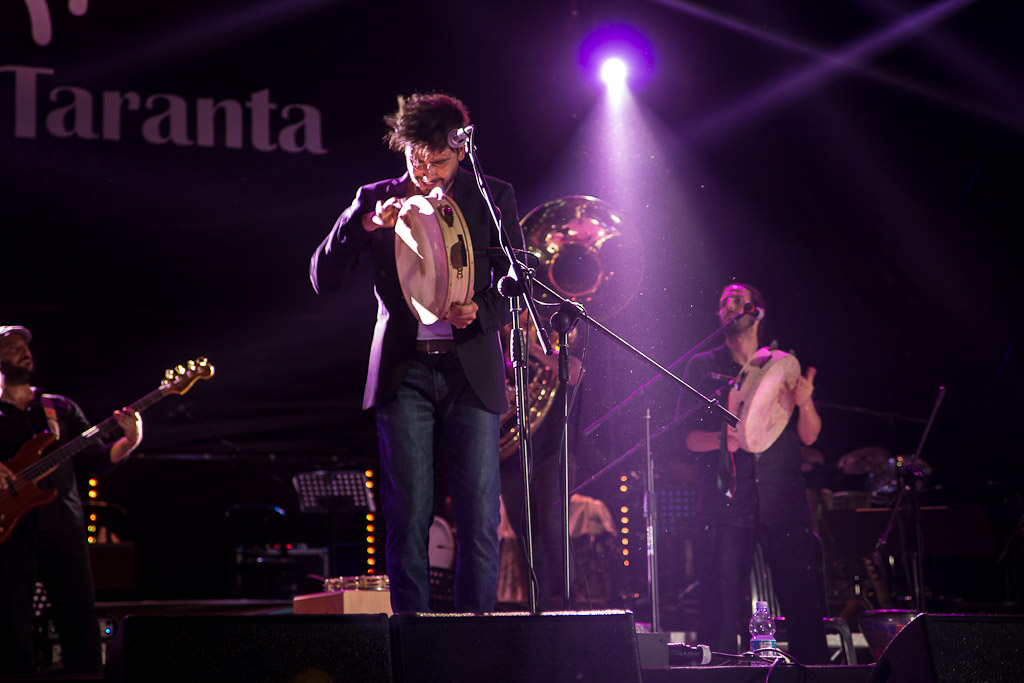 The music is mesmerising in its own way. Technically you would probably describe most of it as ‘folk music’ but, for me, that normally conjures up quite boring images of an old guy with a fiddle. This is much more than that and the energy and passion thrown into the performances is thrilling. Sweat splashes off one young man who sings and beats his tambourine as he whips the crowd into a frenzy.

What is so interesting about the festival is that the crowd is as diverse as the people in the region – from young children to old great-grandparents, they all drink and dance and sing together. The oldies move like they’re teenagers again and the teenagers drink enough to move like the oldies. But it’s all good fun. There’s such a festive atmosphere in the crowd – even with 100,000 people – and strangers join in dances with others, sing in newly formed groups and (most importantly) respect each other. La Notte della Taranta is about the music and about the party. But is also reflects the society here in the Puglia region of the country. It’s about keeping it in the family, the generations coming together, with music that everyone knows the dances to, and with (lots of) wine to share.