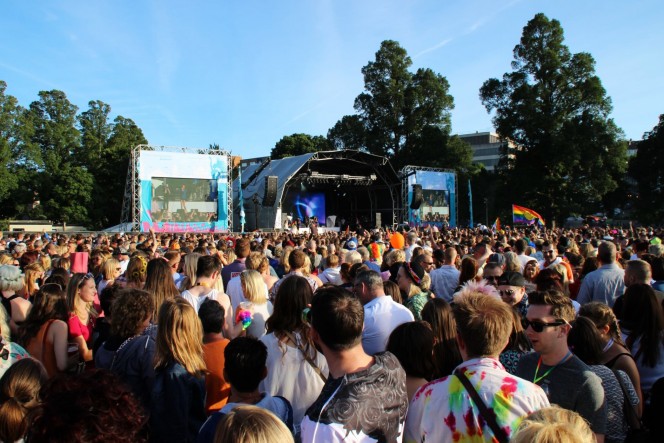 Brighton, located on England’s south coast, is famous for its massive Pride, which is the second biggest Pride Festival in the country and a three-day celebration, usually on the first weekend of August. With over 160,000 people celebrating the LGBT community, it is not only a massive Pride, but much bigger than most other festivals in the UK. 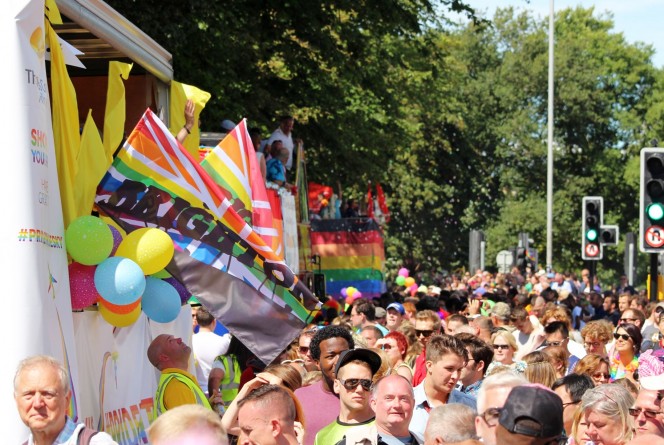 I was impressed to see just how festive the city felt when I arrived for Pride Weekend, with almost every business in town flying rainbow flags. The festival kicks off on Friday night with the first Pride parties in Brighton’s popular gay clubs, such as Revenge and Legends. 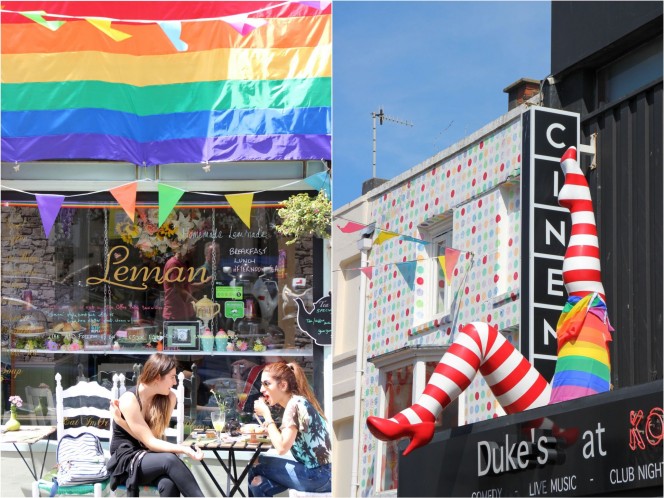 The main day of the event is Saturday, when Preston Park is transformed into a giant festival ground, with several stages, DJ tents, and a number of thrill rides, adding a fun fair aspect to the festivities. But before the festivities in Preston Park kick off, half of Brighton gathers to watch the Pride Parade roll through the city. The parade route goes right along the seafront and through the city center before it heads towards Preston Park, where it finally ends and is replaced by the music and dance festival in the afternoon. 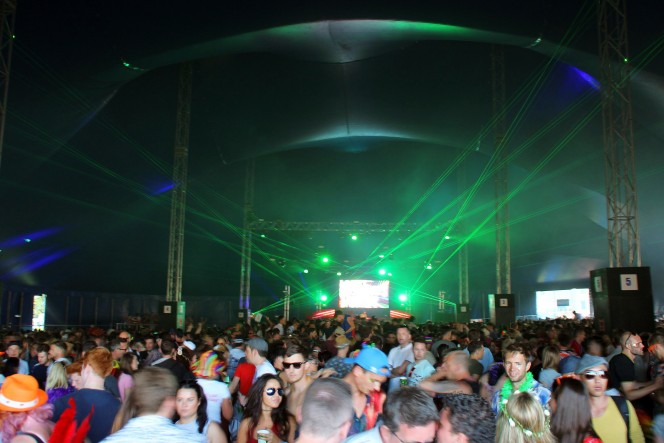 Brighton’s Pride Parade is colorful and vibrant, with dozens of floats promoting various LGBT groups, but also major corporations and political associations. As the parade draws to an end, the spectators start walking towards Preston Park alongside the floats, because DJs and music acts take the stage as soon as the parade hits the park. 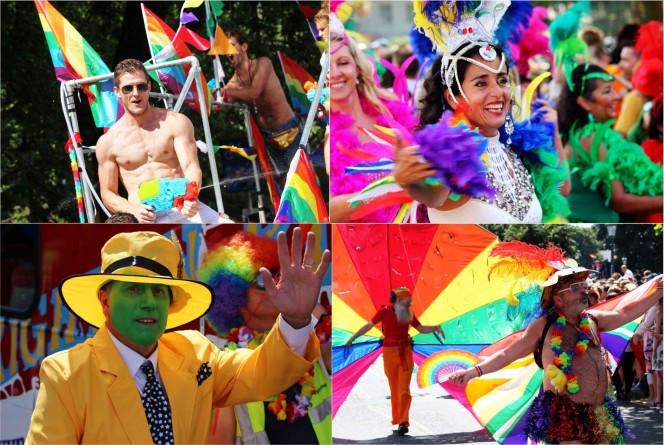 To see just how prominent Brighton Pride is, look at this year’s music line-up: Mary Lambert, Ella Henderson, Ms Dynamite, Tulisa and The Human League were moving the crowds on the main stage, while in the DJ tents, Fatboy Slim and Ruby Rose were the biggest names to make the dancing crowds go wild. 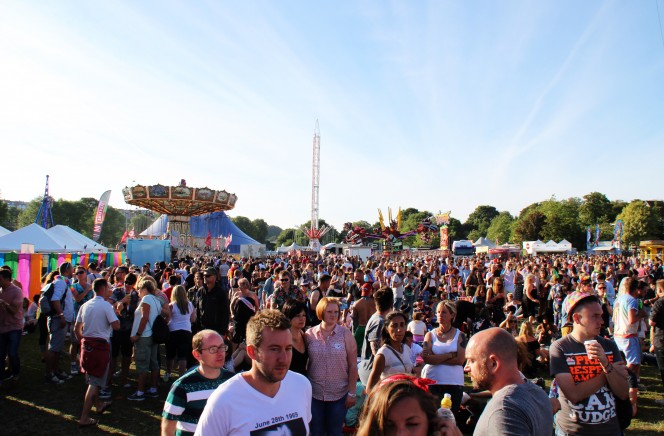 40,000 people partied in Preston Park at this year’s Pride, and some of the tents fit as many as 8,000 people, so you can image how wild things get. If you ignored the ‘Beards and men tent’ and the drag queens in the cabaret tent, you could almost forget that you were at a Pride event – the main celebration in Preston Park felt much more like a music festival. The carousels and thrill rides were busy all day long, and the lines in front of the bar tents never became shorter – fear not though, they moved fairly quickly for a festival with that many people. There are also enough food stands on the grounds to feed you should you get hungry, serving anything from German bratwurst to Korean kimchi. 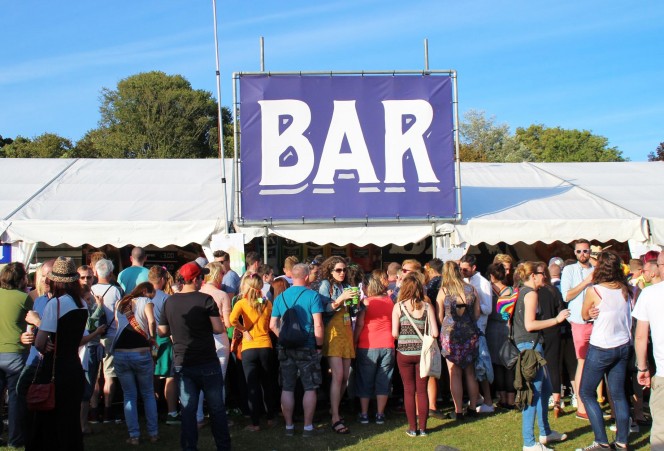 After dark, the party moves to Kemp Town, Brighton’s ‘gayborhood’ with several gay bars and nightclubs. In addition to a street party, for which most of Kemptown is blocked off from traffic, the parties in the clubs are infamous and go well into the early hours of Sunday morning – which is why Sunday’s festivities kick off a bit later. 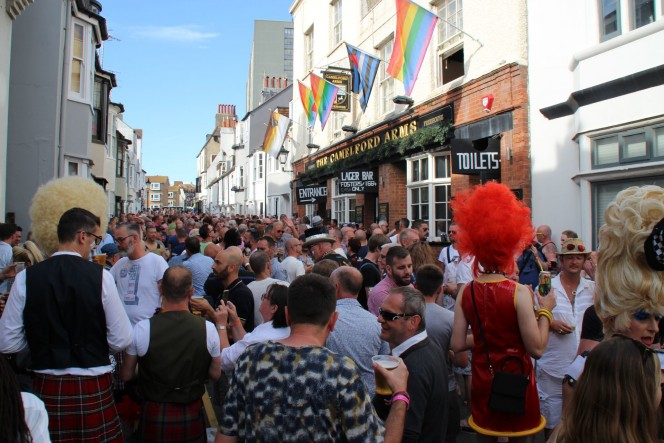 But still – Brighton celebrates Pride for three full days, and Sunday afternoon, Kemp Town gets busy again for another day of the Village Street Party. DJs are spinning records in the streets, bars are moving their bars outside and bartenders are mixing cocktails right in the street, while thousands are dancing to the music. Around 30,000 people were celebrating in Kemp Town over the weekend, just to give you an idea how big this street party is! 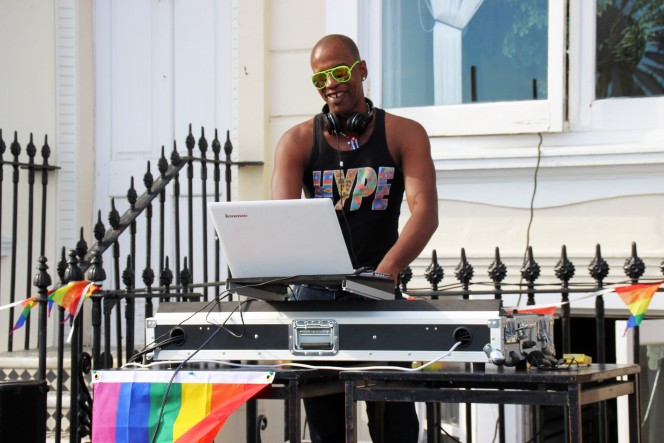 Why visit Brighton for Pride?

Brighton is one of the most popular tourist destinations in the UK for a reason: located in a fantastic location right by the ocean with kilometers of beach, an old-fashioned pier with a gaming arcade hall and thrill rides, which is more fun than one might think. 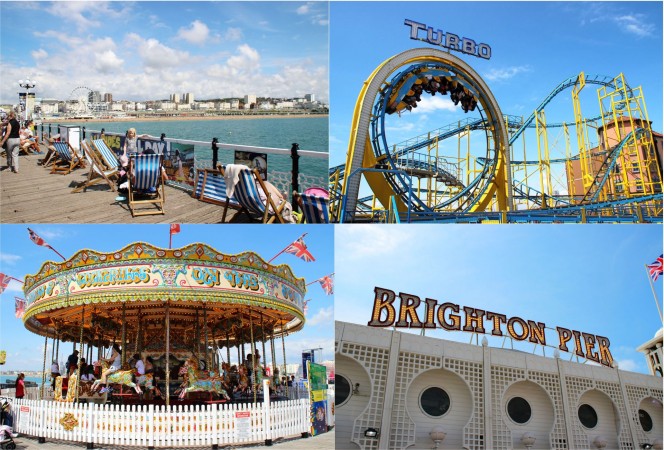 Add to that a vibrant nightlife, countless opportunities to indulge in a little shopping in the maze of alleyways that are the Lanes and the streets of the more bohemian North Laine shopping district with their many quirky and independent stores, pubs and coffee shops. Brighton is also known for its fantastic food scene, and architecture buffs will love the impressive Royal Pavilion. Coming to Brighton for Pride is just an added bonus to visiting a city that deserves a visit anyway. 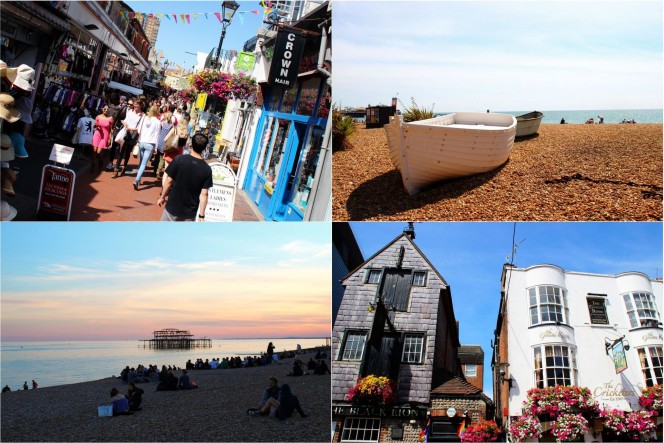 Brighton Pride is definitely not only for the LGBT community – and one of the greatest things about the festival is how well LGBT and straight folks are mixing here, celebrating together, and everyone is accepted. If you’re a fan of music festivals, love to dance and want to show your support for the LGBT community, Brighton Pride is a fantastic festival to attend – and it is cheap, too, with tickets costing only £16. I recommend spending the entire Pride weekend in the city, ideally already arriving on Friday so that you have time to also check out gorgeous Brighton.

To find out the exact dates for next year’s Pride, the music line-up and to get tickets, visit Brighton-Pride.org. 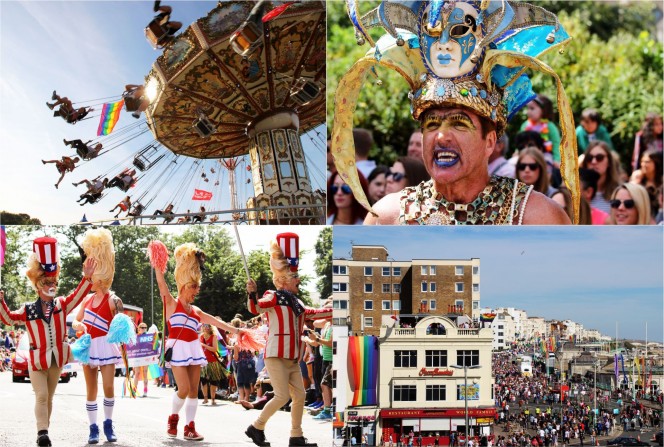 How to get to Brighton

Brighton is only a short 50-minute train ride from London, and if you book your train ticket in advance on TheTrainline.com, you can get tickets for as little as £5. While in Brighton, you don’t need to invest in cabs or public transportation – the city is compact enough to get everywhere on foot. If you do want to give your feet a break, there are local buses that connect all parts of Brighton and neighboring Hove and cost £2 for single journeys or £4.60 for a day ticket (CitySaver). 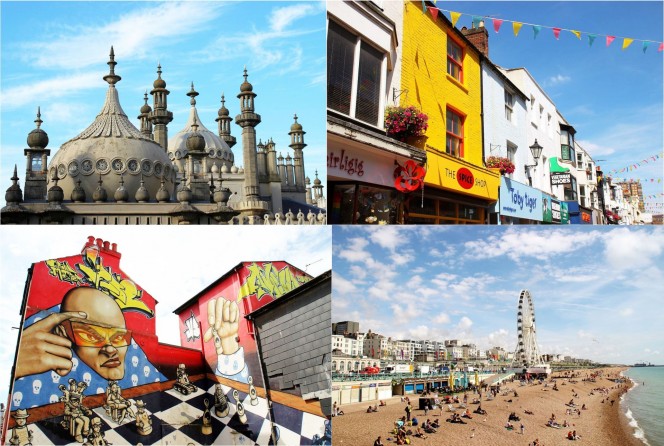 If you want to have a different kind of B&B experience, stay at the funky, artsy and cool Snooze B&B in Kemp Town. Since there are only eight rooms, make sure to book well in advance. 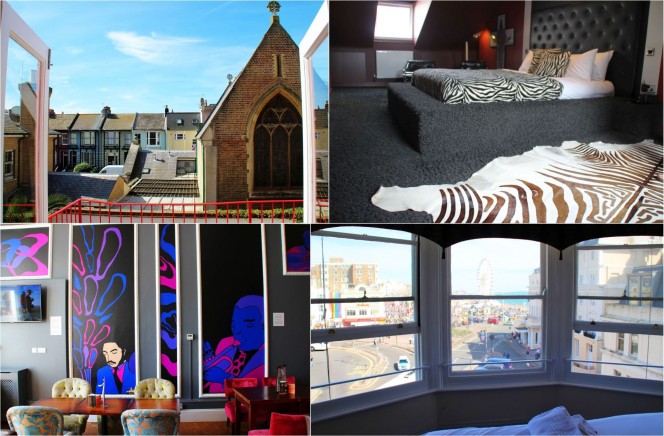