Have you ever wondered what the locals of Latvia get up to in the summertime? If so, heading to the tiny town of Cesis for its annual Town Fair might be just the festival for you. 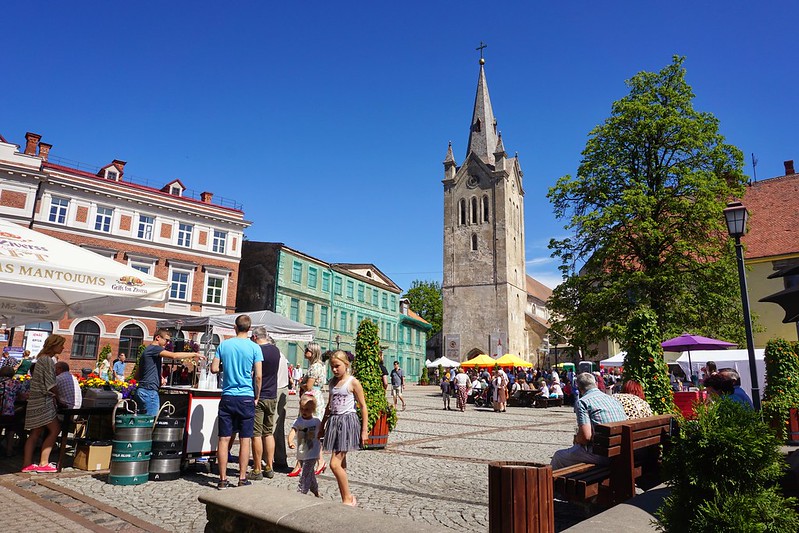 A two hour drive away from Latvia’s capital city of Riga, Cesis offers up the charm of laid back Latvia in its narrow, cobblestoned streets, a wealth of history in its medieval castle, and a refreshing glimpse of modernity with Vidzeme concert hall, a brand new arts venue. In a stellar attempt to encapsulate all of these aspects of Latvian culture, Cesis holds a Town Fair each summer which celebrates eight hundred years of history and lets visitors enjoy Latvian traditions from across the centuries in the present day.

Of course, I didn’t really know what those traditions were – but after a weekend of festival wandering, I started to get an idea. 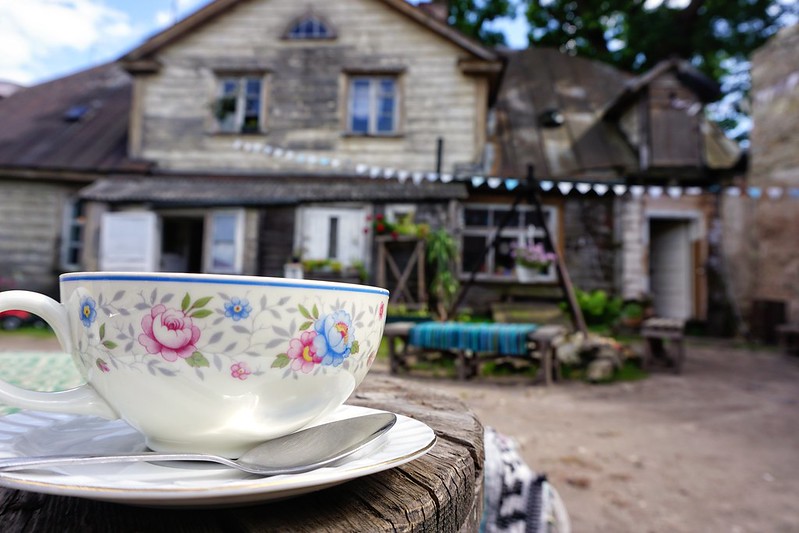 The Town Fair falls in the midst of Cesis’s month-long Arts Festival, so things already felt cultural when I arrived on a Friday afternoon. In blissful sunshine, I walked around a pristine lake at the base of Cesis castle while sound-men set up a concert stage; saw kids practicing their skateboarding skills at a newly-erected skate ramp in the park; and wandered past entire streets that had been closed off in preparation for a road hockey tournament the next day.

As Saturday dawned, I awoke to the sounds of an orchestra marching along the street outside my hostel – an opening tradition of the festival. As the day progressed, I found myself moving from street stalls filled with antiques, hand stitched lace and carved wooden bowls to a medieval market set in the grounds of the castle; from a BMX competition for teenagers to a small stage strung with ivy where groups of school children performed classical music. 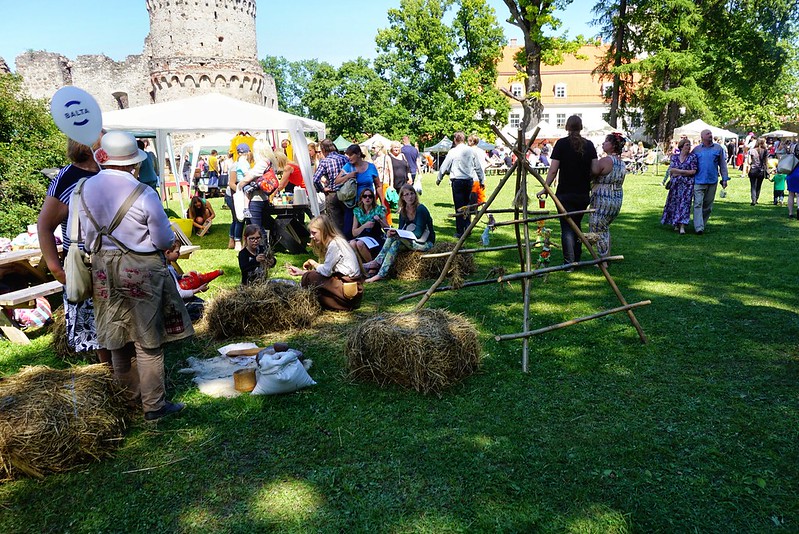 By the time darkness fell, everyone in Cesis was congregated in Rozu Park, waiting for the finale of the day’s celebrations; a lantern-lit procession through the town. Teenagers who would usually dress in jeans and tshirts were wearing the traditional Latvian outfits from centuries past – and as the onlookers began to join in with the procession, I realised that everyone was equally involved in this celebration of old and new in Cesis. 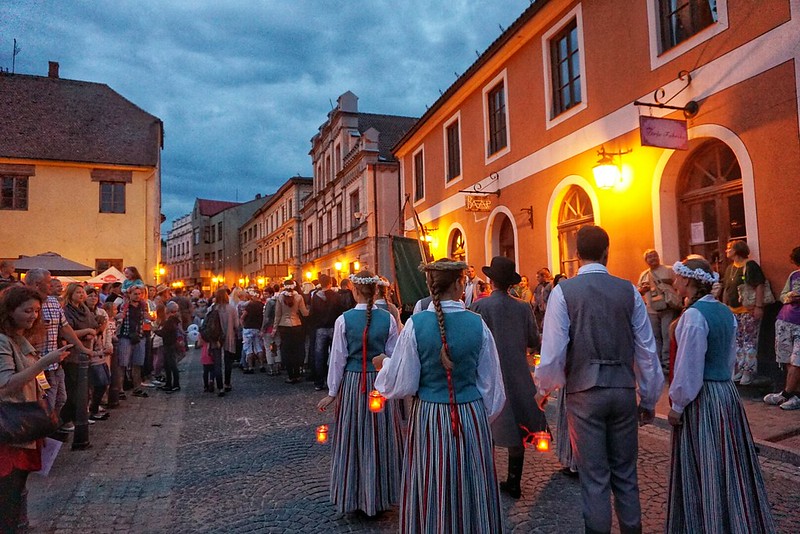 If you want to know more about the Cesis Festival, check out Flora The Explorer for the full story!