It was one of Must Love Festival’s goals to not be all about music festivals, and for the music festivals we did attend to be a bit different. While Hamburg’s MS Dockville is incredibly well known in Germany, it’s not talked about much in other countries. Here’s my report from a festival that does indeed tick all the right “music festival” boxes, but also has much more to it. What is MS Dockville?

MS Dockville is a music and art festival held in the Wilhelmsburg area of Hamburg. Traditionally an industrial and working class neighbourhood, MS Dockville is one event held by a non-profit organisation that runs art camps and initiatives to give children in Wilhelmsburg more access to art and creativity. The name of the festival comes from its setting on the waterfront surrounded by docklands buildings and warehouses, which are now an iconic part of what makes the festival special. 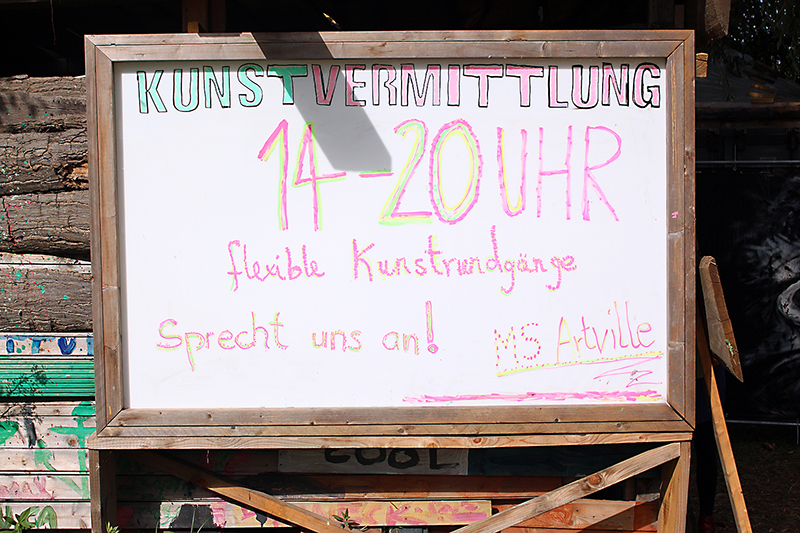 What began as a one day, one stage festival for a few thousand people in 2007 is now one of Germany’s most popular 3-day festivals of the summer. While most people flock to MS Dockville because of the great line up artists and guarantee for a good time with like minded people,part of what makes MS Dockville a bit different is that there is also a big focus on art, and also community. The art part is obvious to see around the festival site and in the week running up to MS Dockville’s music festival there is MS Artville which sees artists and children collaborate at a summer art camp. It’s the work they create that is proudly displayed around the festival site on the first weekend of August.

What happens at MS Dockville? This is a music festival that features some of the most popular upcoming and established artists in the German and international music industry – Chet Faker, Birdy, Jake Bugg, Die Antwoord and Hercules & Love Affair were all headlining in 2014.

There are five music stages, two of which host DJs and artist interviews which anyone can atend. There are several break out areas, many of  them built during the aforementioned art camp so there’s a real rustic feel to the festival. 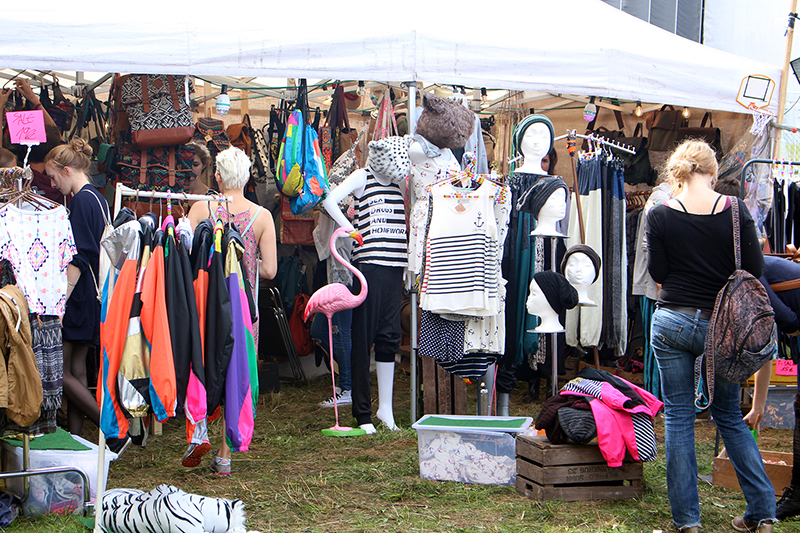 What does MS Dockville cost? Is it good value for money? In my opinion, getting an early bird ticket and then staying somewhere affordable in the city centre is exceptional value, especially considering the standard of music on offer and the ease with which you can get to and from the festival. As I’m not much of a “festival camper”, I can’t really comment on what the facilities or campsite were like and whether that’s a good price for 3 days of camping and festival fun.

Why should I go to MS Dockville?

You should go to MS Dockville if you enjoy a classic young and fun festival atmosphere with a twist. Yes, you get the cream of the music-making crop and yes, you have all the other essential ingredients; beer, food trucks and the possibility of a mud-bath of a campsite. However, there’s more to MS Dockville, not least the artworks scattered around the festival site and the fact that everyone is asked to donate an extra €10 to benefit the work of MS Dockville’s art camps for children. The festival’s size is also a plus point if you prefer events that you don’t get lost in and the possibility of bumping in to the same people. The stages were so close together you could stagger from one to another in under two minutes, but they were designed very well so music didn’t carry or overlap. You can also avoid music completely for a few hours by hanging out in the craft and vintage market or going on one of the walking tours that explained the sculptures and installations located around the festival and provided more information about the non-profit activities of the festival with local children. I also noticed a water charity collecting people’s empty beer glasses, which you get €1 for if you return to the bar, so there’s a little good-doing there too.

Overall I would say that MS Dockville is a relaxed, diverse and positive festival that you would enjoy if you’re looking for a medium-sized music festival that’s doing good in the city it’s based in.

Germany’s second city and one-time home to the Beatles, Hamburg is one of Europe’s biggest port cities and has plenty on offer for a visitor. Head to the famous fish market for a unique experience or wander around the new and old parts of  the city and try and count Hamburg’s many bridges (there are more there than in Amsterdam or Venice).

Alternatively, you can hang out in the cool neighbourhoods of Schanzenviertel and Karolinenviertel, where you’ll be spoilt for choice in terms of quirky shops, bars, cafes and resataurant. Or you can experience St Pauli and Reeperbahn’s slightly seedy reputation for yourself, even if it’s just with a quick visit to Beatlesplatz. Either way there’s plenty to see and do in Hamburg.

It’s cheap and easy to travel around Hamburg and walking is also a viable way to see what you want to. The city also has a public bike renting scheme and a wide range of accommodation options from self-catering apartments, hostels, luxury hotels or the affordable and comfortable Meininger Hotel where I stayed. You can read a review of my stay and the Meininger hotel brand here.

In addition to the mix of art, music and giving back to the community, I have to say one of  the highlights of MS Dockville was sharing it with people who were so happy to be there. On more than a few occasions I was asked to take the photos of happy revellers and it was really cool when I got talking to a young local teenager who had painted the year’s festival poster on a tote bag. She was so proud and so happy to be at the festival… In addition to making me feel a little old, it really did drive home how much of a positive, happy event festivals can be to young people. 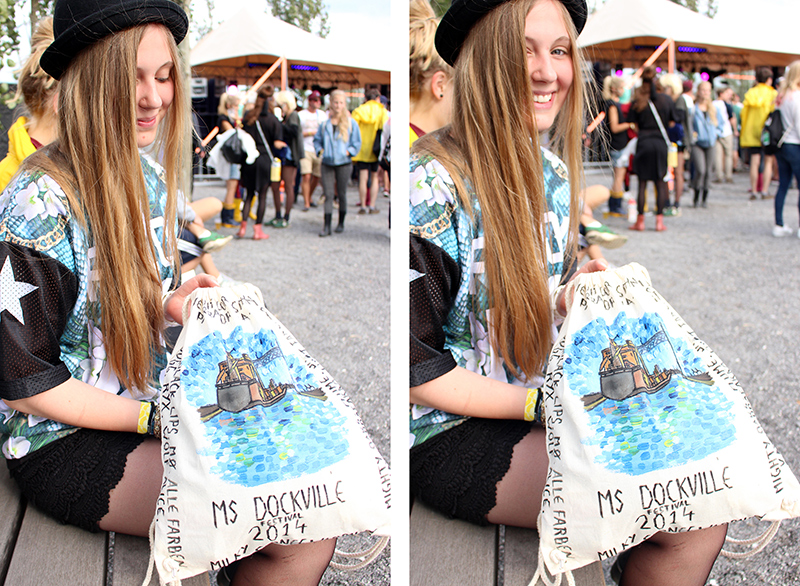 Practical information about getting to Hamburg and MS Dockville festival site.

As mentioned above, MS Dockville is found in the Wilhelmsburg area of Hamburg, which is a 2o minute S-bahn journey away from the centre of Hamburg. Once there, I paid €2.00 for a return ticket on the shuttle bus that the festival organises. There was a short wait at night to get the bus back  to the S-Bahn station, but it was surprisingly efficient. You can walk the distance between the bus and the festival site but it will take you quite some time as it’s a good 5 kilometres. They do have some car parking and bike parking facilities available near the site. Check out the MS Dockville website for more information.

If you stay at the Meininger Hotel like I did, you’ll be based in Hamburg’s Altona district. The train station is a ten minute walk from the hotel and you’re five minutes away from a range of shops, cafes and restaurants. There’s even a IKEA store within walking distance if you fancy some Swedish meatballs or flat-packed furniture!

I also wrote some tips about getting the most out of MS Dockville here, I published more photos of 2014 MS Dockville festival here, and you can see some of the things I saw and did (and ate!) when I explored the city of Hamburg on foot.

Carpino Folk Festival: All Are Welcome