It’s a family festival, they said.

It’s for kids who like ships and boats and all things maritime. 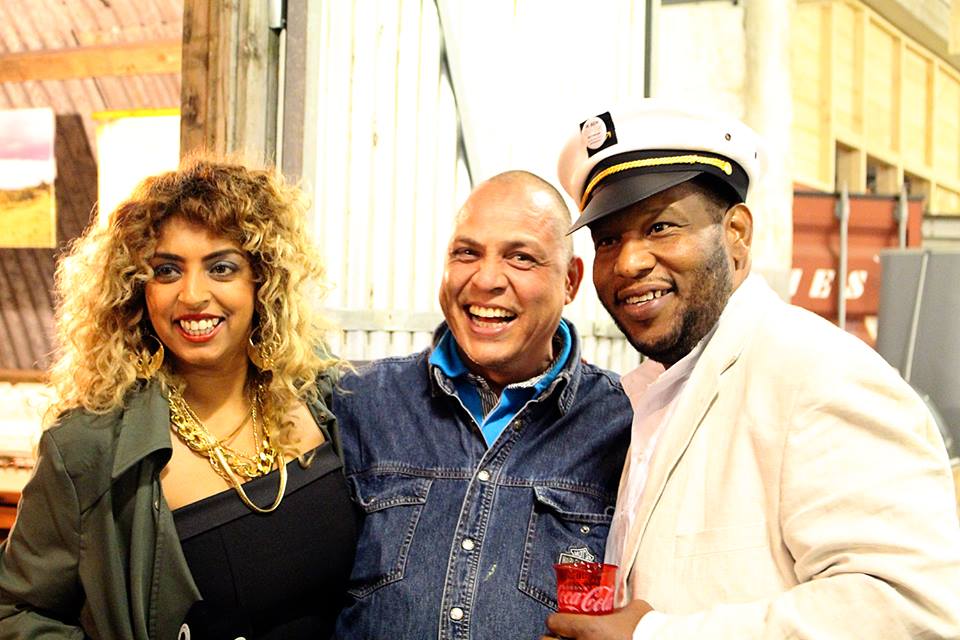 It’s a time for all of Rotterdam to come out, join together and celebrate their history as a port city.

That’s how they sell Wereldhavendagen – or World Port Days Festival – to you. It’s all about family, and fun and celebrating the city’s legacy of being one of the most important ports in the world.

And it is. It’s all of these things and more with a spectacular fireworks show on the Saturday night, all-access tours of the harbour, boat parades along the River Maas and the opportunity to see inside the largest ships in the world. You can read more about it and check out some photos from my time at World Port  Days festival here.

But then there is Nacht van de Kaap.

And that is a very different kind of festival. It’s not officially part of Wereldhavendagen – there’s a separate entry fee – but it’s always organised to coincide with the festival which is held on the first weekend of September each year. Held on the Saturday night in the Katendrecht neighbourhood, which is accesssible from Kop van Zuid and Hotel New York via a pedestrian bridge, Nacht van de Kaap is where the grown ups go to enjoy their own party. Nacht van de Kaap, or “Night of de Kaap”, plays on the locals fond nickname for Katendrecht, “de Kaap” is held in an area once famous for being the partying ground of visiting sailors. Here they would find everything they needed for a good night on dry land; bars, gambling and the, ahem, good company of women.

Nacht van de Kaap – and indeed the whole Katendrecht neighbourhood – plays on this history with maritime and retro risqué fancy dress absolutely encouraged. While there are a number of stages where live music is played, the largest, found in the centre of  Deliplein the large square that immediately greets you as you walk over that bridge which also happens to be known as “Hoerenloper” (which colloquailly translates as “The Whore Hoppe”), is where in 2014 we were treated to performances by a number of seasoned Dutch artists all performing in an “Ode aan het Internationale Drinklied”, or an “Ode to the International Drinking Song”, to you and me!

Around the stage, shops, restaurants and houses and set out makeshift bars on the street and locals manned them wearing striped T-shirts and “Captain” hats. Across the way in the newly opened Fenix Food Factory – a food hall featuring seven local grocery stores each selling an important food group, like cheese, vegetables, meats, and well, cider and beer, thanks to the onsite de Kaap brewery – people were enjoying these offerings and outside on the riverbanks, many more were sat around fires waiting for the fireworks to start. In addition to market stalls and two more stages, each playing styles of music much older than those performing it, there were places you could you sit and eat from one of the many food trucks or BBQs run by local businesses and residents. This community feeling wasn’t wasted on me as I noticed a steady volume of laughter rise above the music that was blasting out of bars and of course from those drinking songs that were no doubt fuelling the fire. While I had expected the festival to be a “cute” take on a period of time long gone, I hadn’t expected these Rotterdammers to go to such great efforts to recreate a time in their history that had long gone. In fact, it pretty much completely contrasted with my opinion of Rotterdam as the forward-thinking, modern and dynamic home to some of the world’s most jaw-dropping architecture (like it’s new Markthal) and a skyline that few other cities in Europe can compete with. After standing and watching the fireworks – sadly mostly blocked, ironically, by the new port authority skyscraper – I wandered back into the swell of people dancing around one of the stages. Bodies were being swung around and a moustached man in a slinky, sequined dress, squeezing an accordion between his silk-gloved hands bumped into me. As he walked by, flashing me a lipstick-outlined grin, I found one of the market stalls was packing up ready to go home. Thanks to their bright colours these postcards caught my eye in the dark.

It was then that I realised why Nacht van de Kaap is such a successful, celebrated and must-go-to part of World Port Days Festival; it plays into Rotterdam’s brilliant, everlasting and often self-deprecating sense of humour. And that is a timeless, wonderful quality for a city and its people to have. 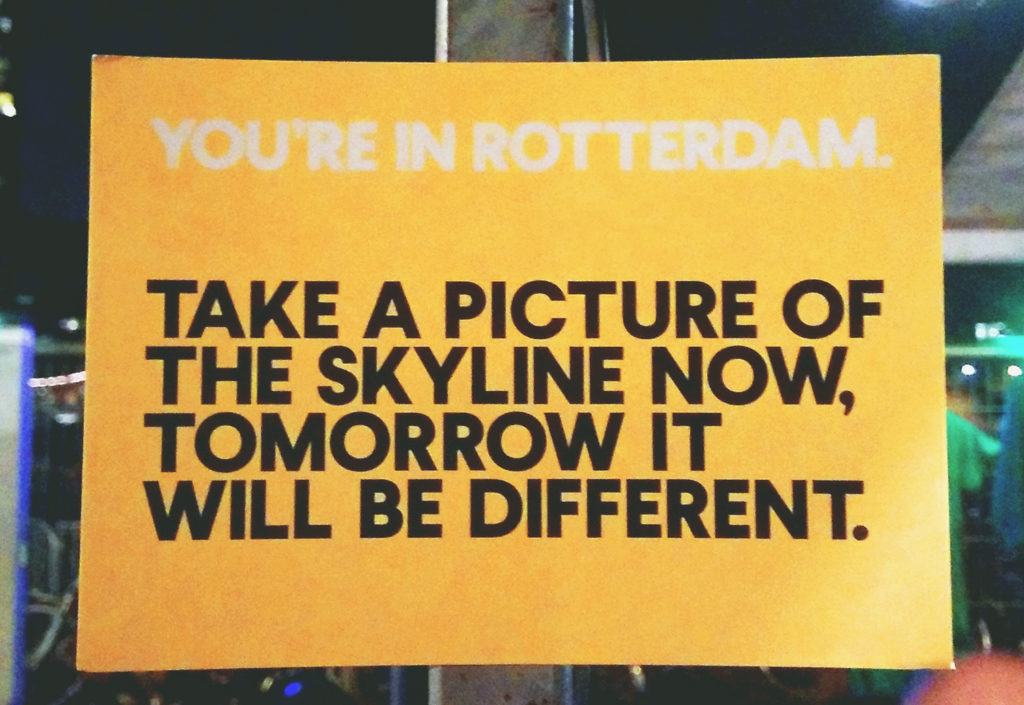