Art is supposed to be fun! – A Review of NEXTCOMIC Festival in Linz Welcome to NEXTCOMIC Festival in Linz!

One of the aims of MustLoveFestivals is to open peoples’ eyes to a different type of festival; one that doesn’t involve wellington boots or dry shampoo. It is somewhat ironic that the rain that fell on Linz during my time there for NEXTCOMIC Festival meant I really could have done with some wellies and it didn’t really matter whether my hair was washed or not because it looked a soggy mess. However, if ever a festival – and a city – has opened up my eyes to another type of festival, then NEXTCOMIC in Linz is it. Read on to find out if it’s a festival for you.

NEXTCOMIC is one of Europe’s biggest festivals celebrating comic art, which is a term that encompasses much more than you might think from cartoons to street art, graphic novels to illustration.

NEXTCOMIC Festival is one of a number of lasting legacies that stuck around in Linz after the city was named European Capital of Culture in 2009. Other intriguing initiatives that continued is the cool sounding Hermit in the Tower: 395 steps to solitude, whereby members of the public are invited to spend a week living in the tower of the city’s St Mary’s Cathedral, Austria’s largest church and before you ask, no, there isn’t a lift. NEXTCOMIC Festival is a free event that is supported by local businesses and organisations. This year’s curator is writer and DJ, Christian Wellman who is from Linz. He explained to me that the purpose of NEXTCOMIC is to make art – and yes, specifically comic art – more accessible and better understood by people of all ages and all backgrounds. Wellman invited both established and upcoming artists from Austria and beyond to NEXTCOMIC after he’d seen other exhibits featuring their work or based on recommendations from others. 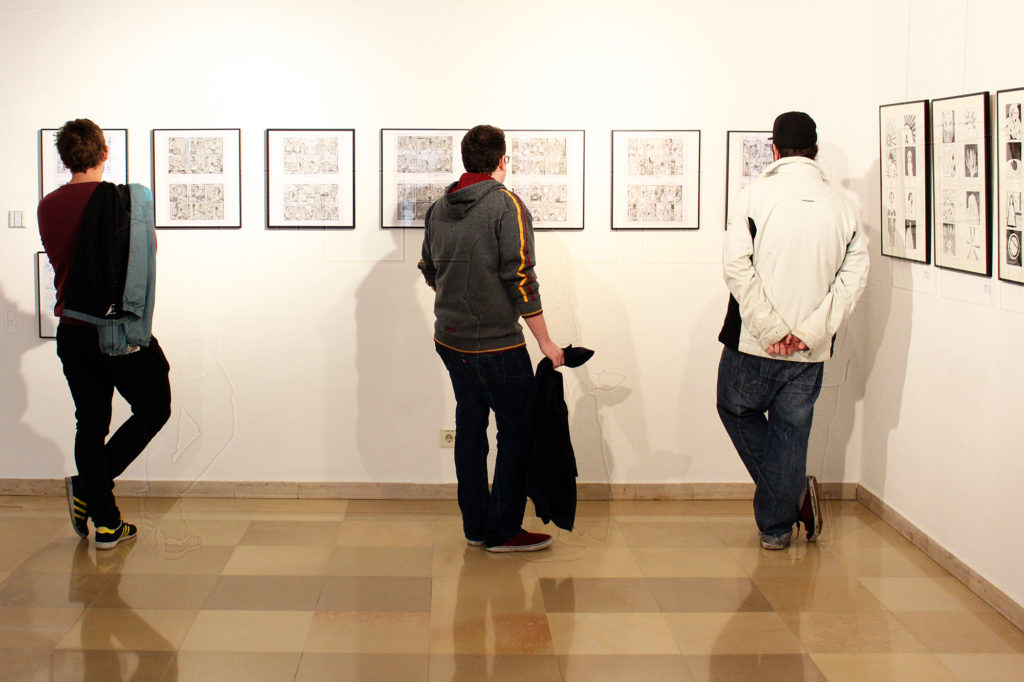 I should be upfront with you at this early stage and explain how little I knew of a) comic art and b) Linz. The answer is very little. I know that Marvel is the comic brand that spurned the likes of Spiderman and the Incredible Hulk (because my boyfriend makes me watch the films) and I know that there’s a whole world of Japanese comic art that I am utterly – and truth be told, intentionally – oblivious to. As for Linz, well, I was slightly more knowledgeable. I knew that it’s Austria’s third largest city and I knew that it’s the administrative capital of Upper Austria, the only region of the country that I haven’t visited – on account of the Alps I like to snowboard down not being found there. Hey, I’m on an honesty streak here.

What happens at NEXTCOMIC Festival?

A LOT. The Festival is held annually in March (this year saw NEXTCOMIC turn 6 years young) and there is a week-long  line up of exhibits and events held across a number of venues in Linz and surrounding towns, Wils and Steyr. Furthermore, many of the exhibits that were part of NEXTCOMIC were also going to stay on display in the venues for a number of months. The highlight of the festival is SuuuperSonntag, which is a day-long event held, you guessed it, on the Sunday of the opening weekend. More about that here. The events include a DJ night, a comic battle and live performances by actors, musicians and of course, artists. Events and exhibits are straddled across a variety of venues in Linz as well as satellite shows and displays being held in Wels and Steyr. The main attractions are found in the OÖ (OberÖsterreichische) Kulturquartier of Linz, which is found right in heart of the city, off the main shopping road Landstrasse, and many of the principal exhibits were held in the Offenes-Kulturhaus. Here you could see the work of both Austrian and international cartoonists, comic strip masters, illustrators, street art collectives and graphic artists. There are also a number of Workshops on offer at NEXTCOMIC Festival and I was amazed at how much there was for children to do including boat-building, comic art lessons and in ARS Electronica Centre – a fantastic museum dedicated to Science and Art – they were holding workshops were children could use Waccom tablets to design their own fish. This is a great festival for families. What does NEXTCOMC Festival cost? And is it good value for money?

As mentioned above NEXTCOMIC is a free fesival and therefore I would say it is exceptional good value for money. Some of the exhibits inside ARS Electronica Centre aren’t free because you have to pay an entry fee but during my visit to Linz I spent many hours exploring ARS Electronica and I would say that the entry fee is excellent value. Be sure to check out their lower floors where you can study the history of the internet and get to grips with hands-on exhibits that explain modern medical advances such as cochlear implants and bionic limbs. 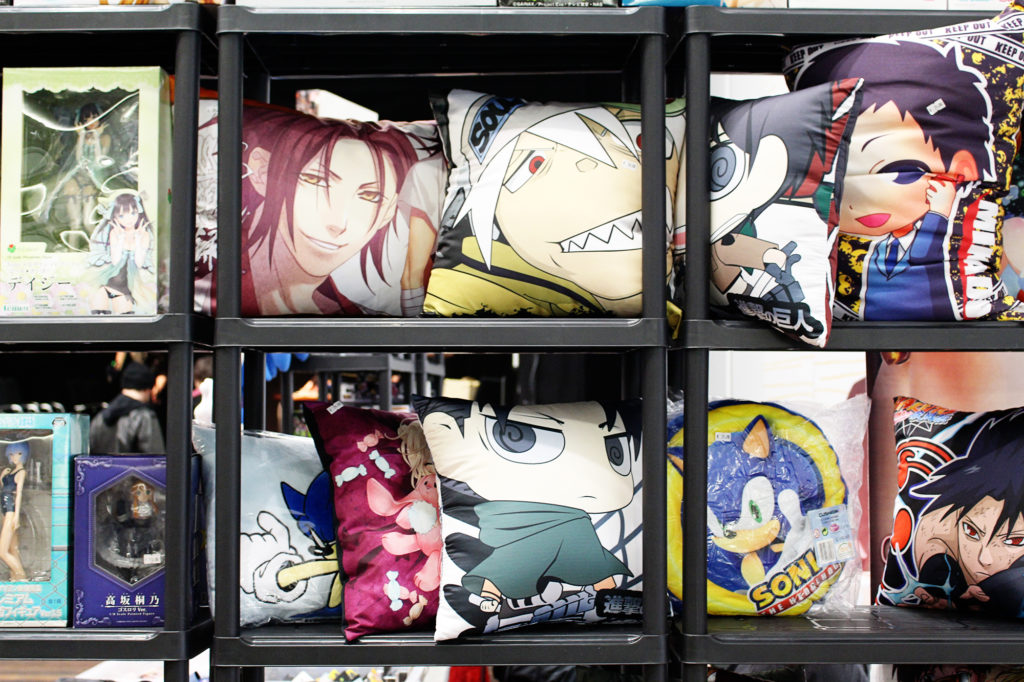 There is also the option to buy comic books and graphic novels and many of these are cheaper at the festival than they would perhaps be online or from a specialist store. Goods on sale ranged from Moomin books by Tove Janssen to Manga merchandise!

Why should I go to NEXTCOMIC Festival? If you love comic art, going to NEXTCOMIC Festival is a no-brainer. It costs nothing to go. You’ll meet many other like-minded individuals and you’ll hang out with a bunch of Europe’s foremost comic artists and illustrators. If you like comic art, you probably won’t regret going to NEXTCOMIC. If you are a bit intrigued by comic art and want to know more, there are worse things you can do than go to NEXTCOMIC Festival. If you are clueless to comic art but fancy trying something a bit different in a city that is a bit different, then NEXTCOMIC Festival and Linz could be a very good idea. Oh and if you have kids and they love drawing, NEXTCOMIC Festival should really be your next holiday. And I haven’t even mentioned how good the schnitzel is! Also don’t be put off by the NEXTCOMIC website being predominantly in German. English was spoken by many of the artists and attendees.

When I was in Linz I met a lovely young woman who explained how she grew up in the city then moved away to study. Circumstances changing brought her back to Linz a few years later. Her friends didn’t get it. She received funny looks and curious comments. “But I really like it here!” she told me. “This city has so much going on and it’s not the city that people from elsewhere in Austria think it is. You know we have this saying here, ‘in Linz beginnts…’.” In Linz beginnts… (in Linz it begins). It is a saying I heard more than once during my brief stay in Linz and it is used everywhere on social media. Look up the hashtag #inLinzbeginnts and you’ll see it being used by the people of Linz who are proud of its reputation for mixing the old with the new, the traditional with the up-and-coming and for being a city at the forefront of industry, design and technology. Through the rain I saw colourful buildings, under heavy grey clouds I saw a glorious cathedral and dodging the puddles I walked across a bridge that had its own “Checkpoint Charlie” in the years following the Second World War. I got to know a city that had plenty to offer. Plus, it’s a very affordable city to stay in too! You can read my complete guide to Linz here which offers some tips on places to stay and things to do. And yes, you can eat really good schnitzel here! Find out what else there is to do in Linz in this article of 20 Best Things to Do in Linz.

My favourite parts of NEXTCOMIC Festival were the Kyle Platts exhibit and having a comic book based on the Swedish music legends ABBA signed by one of the artists Paul Paetzler. 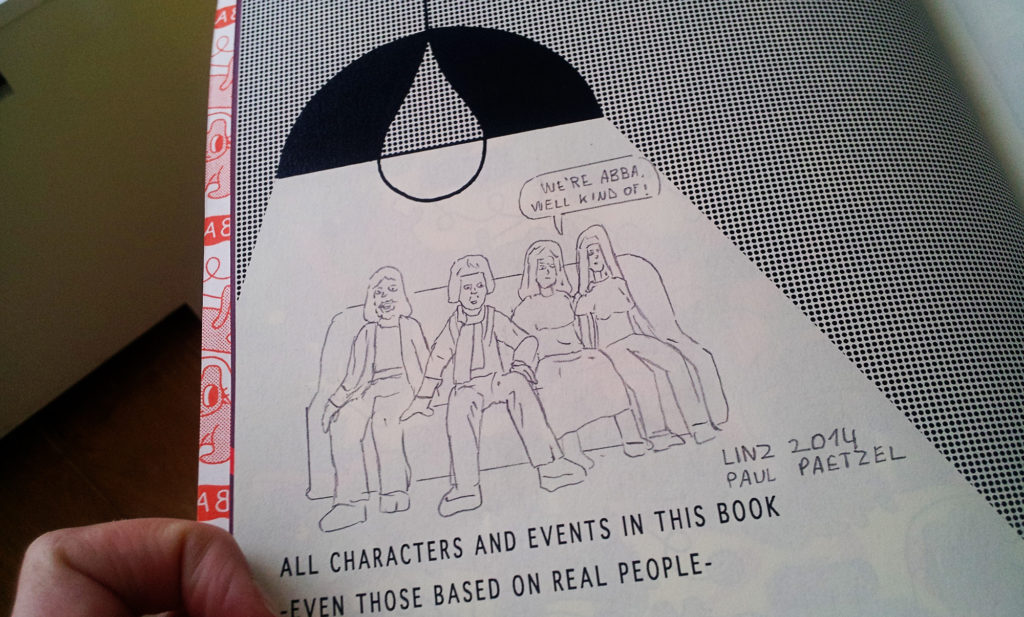 After this it was really lovely being able to watch children taking part in workshops. I may not be artistic now, but I was when I was a child. And I realised that near enough ALL children draw when they are very young. It was quite powerful to be reminded of this in an environment where art is being celebrated for being fun and funny. Because the clue is in the name; comic art is supposed to be funny. Its origins lie in providing light relief to readers of serious newspapers. Yes, the art form has gone on to be an effective commentator on current events and political viewpoints, but first and foremost, comic art is supposed to be fun and I thank NEXTCOMIC Festival for reminding me of this. Practical information about getting to Linz, staying in the city and getting to NEXTCOMIC Festival

I flew into Vienna and then after a short taxi ride into the city centre, caught a direct train to Linz. It is possible to fly directly to Linz Airport from a number of European airports but flying to Innsbruck or Vienna may be your best bet. I stayed at the Austria Trend Hotel Schillerpark which is a short walk from the station and is also walking distance to all the NEXTCOMIC sights in Linz as well as most of the key sights and a number of great restaurants. It is a hotel primarily catered to the business market and rooms were simple and small, but I was very impressed with the breakfasts on offer and by how quickly and easily I could get to the OÖ Kulturquartier, Landstrasse and the Hauptplatz. I would highly recommend staying somewhere just as central so you can walk everywhere, but there are also trams and buses to help you get around if you need to travel in from further out. 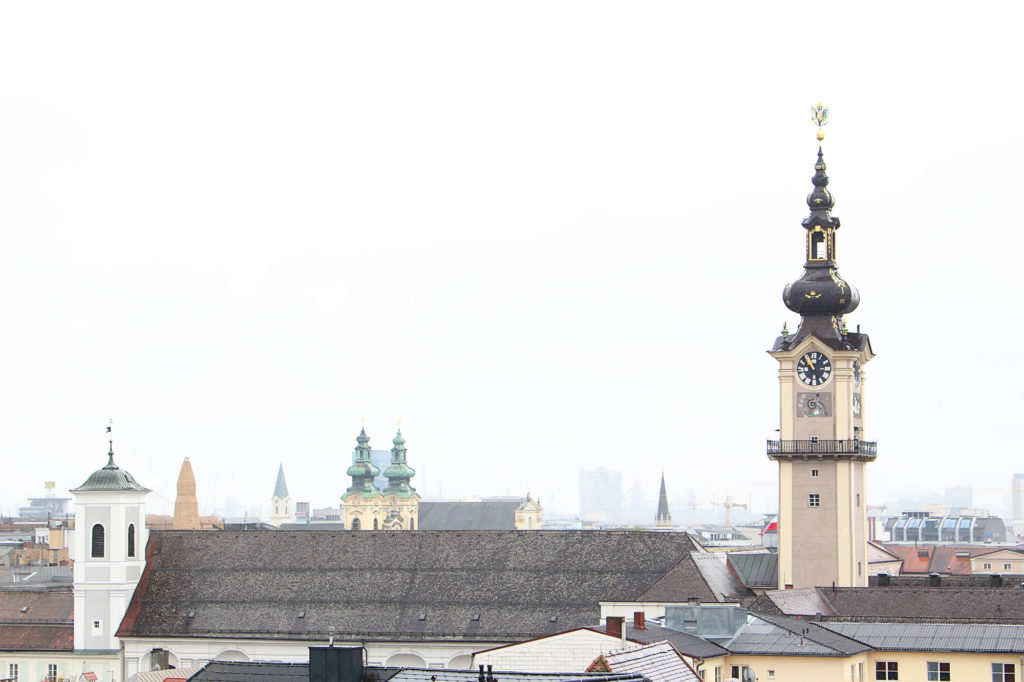