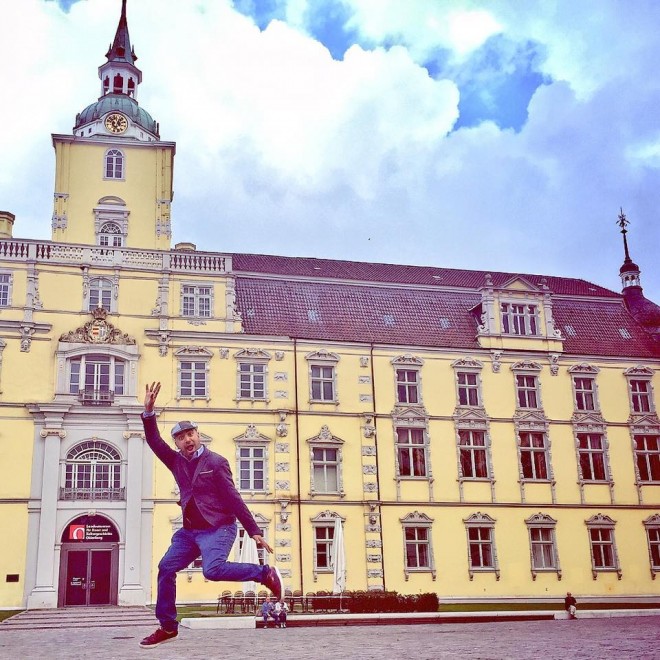 We asked Kash Bhattacharya from Budgettraveller, the brains behind Must Love Festivals, five of our favourite festival related questions. Our discussion ranges from learning about the motivating force behind the creation of this storytelling project, some of the new bloggers on board the festival bandwagon this year and the festivals Kash has visited this year. Also find out which festival hopper Kash is jealous of! Hint: it’s something to do with films and a shining star hanging out till obscene hours!

If you could introduce your audience to the concept behind Must Love Festivals what would you say about it?

The idea behind Must Love Festivals (MLF) is about going beyond the traditional festivals that people know about, like Glastonbury Festival for example, or Benicassim in Spain, or Exit in Serbia. I wanted to create a storytelling project about festivals that are off the beaten path. As some people might know, if they’ve read the story behind MLF, the purpose was to introduce festivals not just about music, mud and camping but to share stories about more diverse festivals that are equally fantastic to experience. For example you have the Midnight Sun Film Festival, which is a 24-hour film festival, Il Mercantilo del Gusto in Puglia, which is a food festival. So looking at these rich variety of festivals we are trying to make people aware that festivals are not just for young people; they can cater to people of all ages and interests.

There are some new bloggers associated with MLF this year. Can you introduce them to us?

There are some fantastic bloggers added to our team this year. We have Nienke Krook, who is a Dutch travel blogger and she runs a wonderful blog called The Travel Tester. She visited her home country of the Netherlands, for Prinsjesdaag, which is a Royal Festival that takes place in The Hague. It’s a colourful festival that celebrates the royal heritage of the country accompanied to lots of flag waving. Nienke also went to the Food Truck Festival, which was taking place in The Hague and other cities across the Netherlands. Names of other travel bloggers associated with the project this year are Shivya Nath who runs a travel blog called  The Shooting Star. Shivya is recognized as India’s top travel blogger and she went to a wine festival in Germany called the Rüdesheim Wine Festival. Alicia Drewnicki from Alicia Explores visited the Imperial City Festival in Rothenburg, Flora from Flora the Explorer went to the Cesis Town Fair and Paul Dow of TravMonkey captured a special video of the Staro Riga Festival in Latvia. Dani Heinrich from Globetrottergirls went to Brighton’s Pride Festival and Nina from Smaracuja visited the De Wereld van het Witte de Withkwartier  in Rotterdam to cover the festival. I wish I could introduce them all individually. They’re all fantastic. 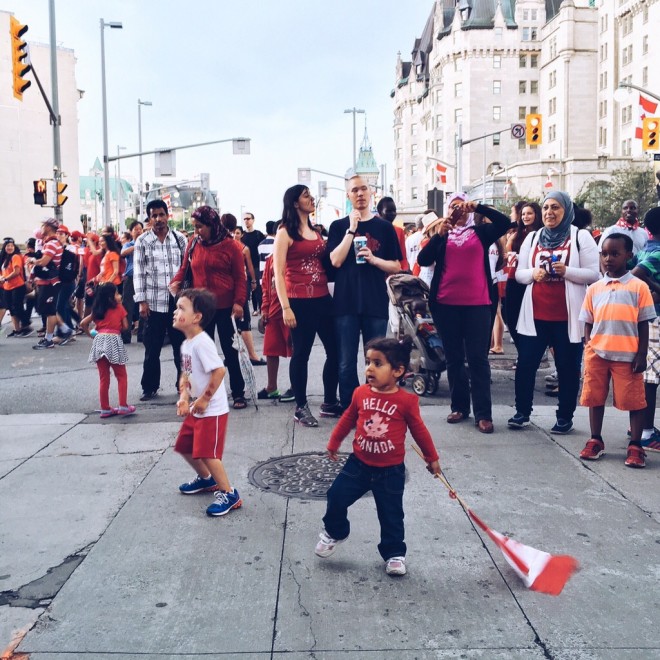 Which festivals are you going to this year?

This year I’m covering three festivals. I went to Canada for the first time to cover National Day or Canada Day as it’s called. I went to Ottawa for the celebration of National Canada Day. Across the country, it’s a huge celebration. Ottawa, being the capital city is very well known for hosting grand celebrations. Everyone congregates around Parliament Hill and you have a wonderful series of concerts from local artists that I really enjoyed. There is the most spectacular fireworks display that you will ever see that would rival the fireworks display I’ve seen during Hogmanay in Edinburgh and also New Year’s Eve in Madeira. It’s a wonderful celebration that combines people of all walks of life. Canada is a large multicultural country, and this aspect of multiculturalism is evident in its festivals. People were walking along the streets with flags in their hands and you have food stalls with different cuisines, the wonderful smell of food, people performing, music, art, comedy and culture. Everybody gathers together at home and invites friends and family over. They have barbecues in their back garden. I was invited to a local barbecue where I met some local people and it was a very intimate and personal experience.

All national museums and visitor attractions are free on Canada Day. So I went for free to the National Museum of Canada, which was a great experience.

Another festival I went to was the Montreal Jazz Festival, which is the biggest Jazz Festival in the world. Over 2 million people attend it every year. I went there during the last weekend of the festival. This is a brilliant time to visit Montreal. It’s the height of summer. People are out on the streets. There are numerous events: most of them are for free and you can meet jazz artists from all walks of life and there are lots of events catering towards kids which is a great thing to see in festivals: that they cater to people of all age groups. In terms of highlights I went to a show inspired by Moulin Rouge. All the songs from Moulin Rouge were performed and mixed in with songs from other musicals. Montreal is a city of festivals. During the weekend of the Jazz Festival there was a Poutine Festival, an Electronic Festival called ‘Piknik Electronik’. On one weekend you can experience many festivals and that’s the beauty of visiting Montreal.

Other festivals I have been to this year include Oldenburg Film Festival, which is known as the Sundance of film festivals in Europe. And it is a festival that is about promoting the lesser known gems or films that have not been picked up by other festivals. It’s very low key but it gets a really interesting mix of upcoming filmmakers and films that are less known. You get to meet some of the stars. We got to meet the director, George Armitage of Gross Pointe Blank. We went to a screening of his film. We met the star of Who Framed Roger Rabbit- Joanna Cassidy. 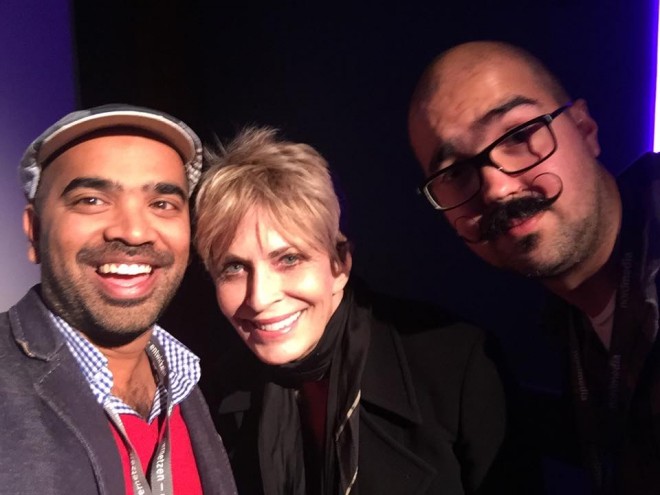 I’m looking forward to the New Years Eve Festival in Dublin at the end the year.

Name one festival that in your opinion is the most interesting to visit but perhaps not so well known?

If you could travel anywhere in the world, which festival would you want to visit and why?

I would love to go to the Midnight Sun Festival, which is a 24-hour film festival in the Finnish Lapland. It was one of the first festivals we covered in the project. I unfortunately could not go, I was very jealous of the Hejorama guys who were going to this festival, which is run by volunteers and filmmakers themselves. Finnish Lapland, the land of the midnight sun, is the ideal venue of my dream festival.

Must Love Festivals is made possible by the collaborative effort of several tourism boards, sponsorship from Expedia and the huge team effort of a dedicated team of bloggers.